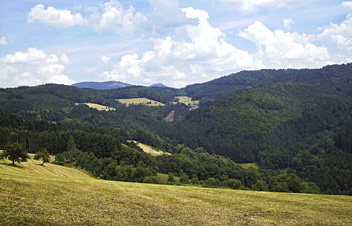 Heinrich Hansjakob was a priest and popular writer who lived and worked in the late 19th and early 20th century. He wrote about the people in the region where he lived. The two Hansjakob Ways are a tribute to this writer. Along the route are information boards telling us about life and work of Hansjakob.

The large Hansjakobweg draws a large circle from Haslach through the woods and farmland of the Black Forest.