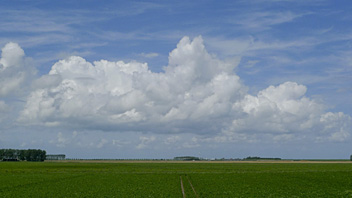 Walcheren is a former island of Zeeland in the southwest of the Netherlands. In the second half of the 20th century, the island was connected to the mainland with dams and bridges. Walcheren still retained its own character. And this walk explores the different sides of it. Between the open polders and closed dunes you'll pass through many picturesque villages and towns of the Golden Age: Veere, Middelburg, Domburg, Westkappelle.

The Walcherenroute is created by the Dutch Walking Association. The path is marked yellow-blue. There is a guide available.