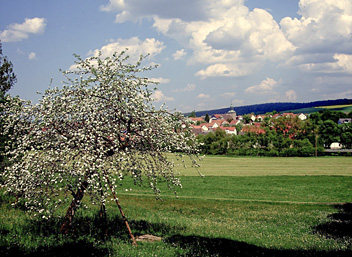 A pilgrimage route in the states of Hessen and Rheinland-Pfalz, between the cities of Mainz and Fulda. The terminus of the route is the Dom in Fulda, where Boniface was buried. In several places, the path follows the historic route that the hearse with Boniface's remains took between Hochheim am Main to Fulda in 754. This original route is often no longer practicable (Motorway A66!). The modern route dates from 2004, and strings together many monasteries and churches. Follow the sign X12.

This pilgrimage is interesting for those Pilgrims who want something different.