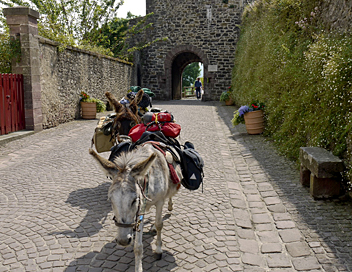 Many old paths point to Santiago de Compostela. One of the main branches started north and went over Paris. This Way is used by pilgrims from Belgium and northern France.

The GR655 is the current pilgrims way starting at the border with Belgium and eventually taking you all the way south to Santiago de Compostela. The start is in St Quentin. The trail then goes to Paris via Compiègne. After Paris the route is also named as Via Turonensis. A western route goes via Chartres (GR655 ouest) and an eastern route via Orléans (GR655 est).

The Via Turonensis proper starts in Paris, traditionally at tour Saint-Jacques, from where it is about 1450 km or two months walking to Santiago. The route is heading south-west, a flat itinerary, taking in Bordeaux. In Ostabat it joins two other main pilgrim ways before crossing the Pyrenees and continuing in Spain as the Camino Francés. 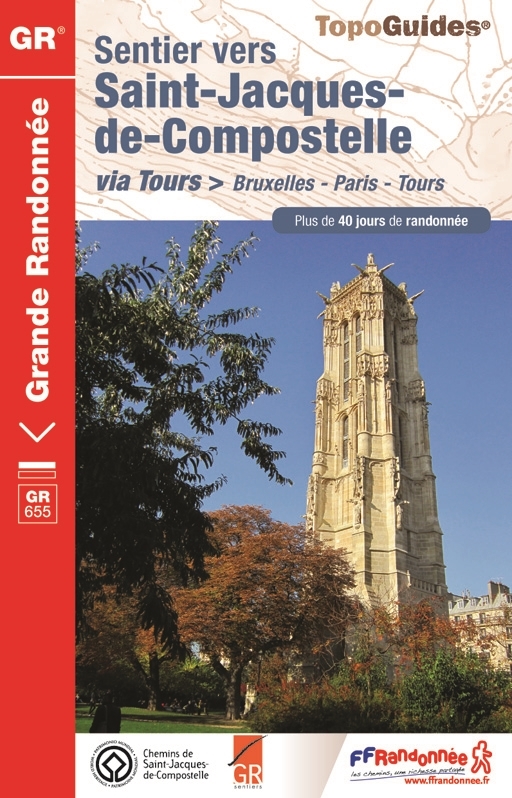